Today’s post is to talk about the craft of macrame and how we use it in our own crafts and such. 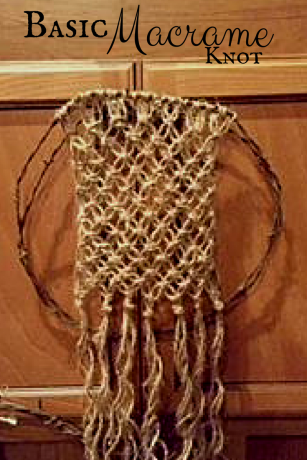 Macrame is my latest obsession. I didn’t even know it was a thing until relatively recently. How I missed out on this for so long, I don’t know, but I’m glad I discovered it.

For those of you who might live under a rock like me, macrame is basically tying a bunch of knots together with hanging cords, and it is beautiful! I feel like such a hippie when I do it.

Here’s a a brief rundown on how to do very basic macrame:

4. Repeat this step for as many pieces of cord as you’d like.

Now that your rod has been strung, let’s start tying some knots.

I’m going to teach y’all the first knot I learned because I think it’s rather simple, but by all means, branch out, read tons of tutorials, and learn all kinds of knots, designs, and tricks! 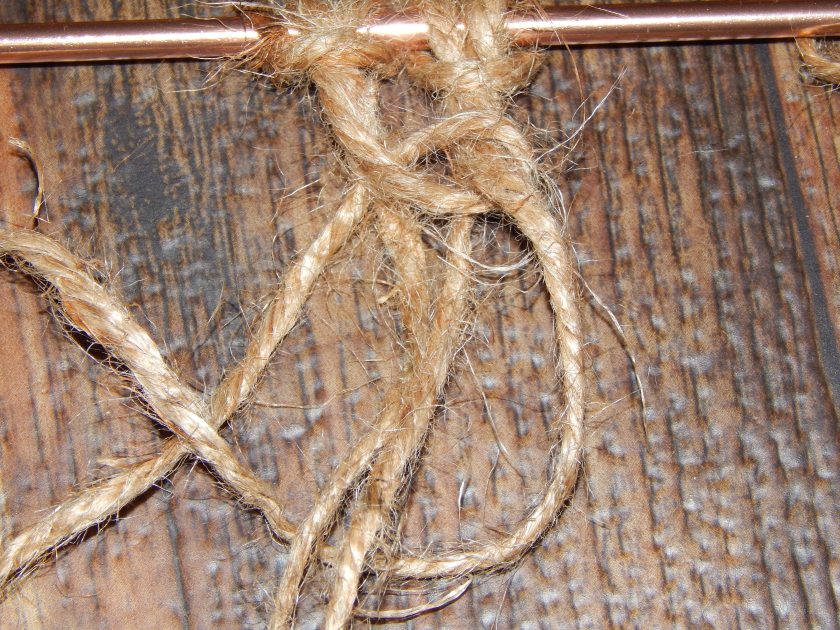 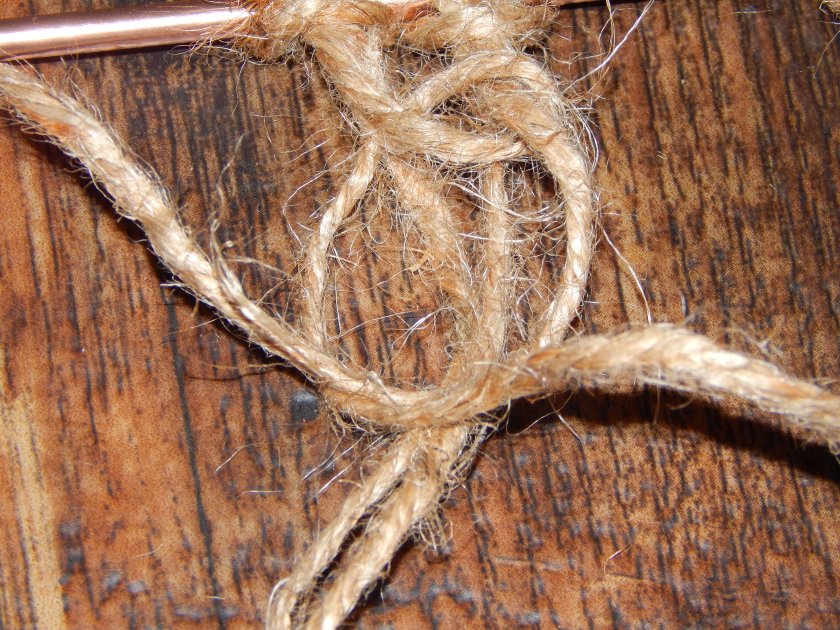 3. Now just keep going! You can stick to these same sections or share sections as you go down in rows, so for the first row you can work with four cords then for the second row you can skip the first two cords and work with the next four, so that it’s more alternate.

Now that you know how to make a basic knot, you can branch out and learn how to do others. You can make wall hangings, jewelry, and even hammocks. I made wreaths and wall hangings out of barbed wire like these:

Thanks for reading this week. I hope you enjoy and may you have a macrame-zing week!

Leave a Reply to Robin at Haphazard Homemaker Cancel reply